You are here: Venice and Love – The Myths of the Lagoon | Peggy Guggenheim - A journey into the world of art and culture.

Peggy Guggenheim - A journey into the world of art and culture.

Among the key ingredients of a trip to Venice there is art, which in the lagoon takes the most varied forms. Every corner is steeped in history and beauty. But there is a place that more than others is a declaration of love to the city, a precious gift, a priceless legacy: the Peggy Guggenheim Foundation of Venice.

Overlooking the Grand Canal, we find Palazzo Venier dei Leoni, a real “jewelry box” containing the treasures of the Peggy Guggenheim Collection. Acquired by the Swiss-born American art dealer in 1948, it is one of the most important Italian museums of modern art, with masterpieces ranging from Cubism, Surrealism to Abstract Expressionism.

The life of Peggy began in 1898 in New York ; since the twenties, she lived mostly in Europe, her life was a journey into the world of art and culture. 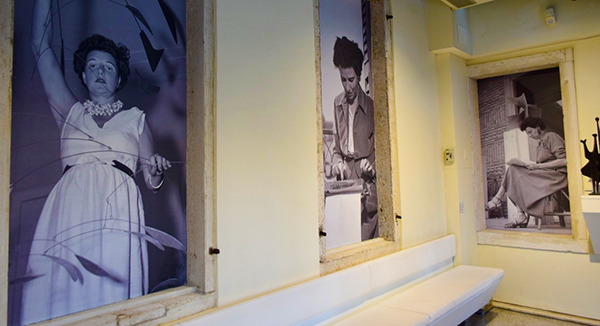 Always intrigued by the artistic and literary salons, Peggy met, promoted and launched, with her galleries, some of the greatest painters and sculptors of the 19th Century. She first married the Dadaist Laurence Vail, then the expressionist Max Ernest. She was friends with Man Ray, Duchamp and Brancusi in Paris, and launched Tanguy and Kandinsky with her first gallery Guggenheim Jeune in London.

In 1939, she develops the idea of moving her extensive collection, which already boasts pieces by Picasso, Braque, Dali, Mondrian, in a permanent museum. However, the atmosphere of World War II and her Jewish origins force her to return to New York, where in 1942 she opens the Art of the Century Gallery and promotes Surrealism and the newcomer Abstractionism of Jackson Pollock.

The artist has been honored by the Foundation with a special exhibition titled Jackson Pollock, Mural — “Energy Made Visible”.. Only in 1948 Peggy returns to Venice, buys Palazzo Venier dei Leoni and exhibits for the first time the Arts Collection, at that point very similar to what we can see today, in the XXIV Biennale dell’Arte.

With the death of the gallerist at the end of the seventies, since 1980, the Palace and the collection have been managed by the Solomon Guggenheim Foundation, which bears the name of Peggy’s uncle and counts among its museums the renowned Solomon R. Guggenheim Museum in New York and the Guggenheim Museum in Bilbao.
If you visit Venice, you cannot miss a stop at the Guggenheim Foundation! Linger in the blooming flowers garden, sit by the Grand Canal, and admire the palaces from the Accademia to the Salute right from this great little treasure chest.

Are you looking for some ideas for your Trip to Venice? Discover these Packages with VeniceWelcome!